15:20 pm, Weds May 22 Correlations in geological model and Titan 24 DCIP_MT at the Bolivar skarn mineralization, Mexico. By Leduar Ramayo

Toronto, ON – October 1, 2018 – Sierra Metals Inc. (TSX: SMT) (BVL: SMT) (NYSE AMERICAN: SMTS) (“Sierra Metals” or “the Company”) today confirms the discovery of a new style of mineralization (copper – molybdenum porphyry). Today’s results are from testing of the geophysical anomalies, in the quartz monzonite intrusive, in the eastern part of the mineralized area. This area is known as the Central Mine which is located between the Cuye and Esperanza zones. The discovery comes as part of an ongoing drilling program to test priority geophysical anomalies at the Yauricocha Mine, located 150 kilometers east-southeast of Lima in the Yauricocha Mining District (Cordillera Occidental), Peru.
Prior evidence of copper-molybdenum porphyry mineralization had been observed on surface within the monzonite intrusive and had previously been sampled by Rio Tinto Zinc. Subsequently, drill core was sampled at 10-meter intervals over the entire hole length and the Company obtained 122 samples. The hole was drilled from the Klepetko Tunnel located on the 720 level to a depth of 1,394.6 meters. The samples indicated an average of >0.1% Copper.
A recently completed TITAN 24 Geophysical Study identified more than 100 anomalies at Yauricocha and a program to test this first geophysical anomaly was designed. Hole (E-PORF 10-18-01) was drilled from the Klepetko Tunnel to test the priority anomaly located in the monzonite intrusive as this zone had high conductivity within the Intrusive. A copper-molybdenum mineralized porphyry was discovered.
Results to date show mineralized sectors with notable grades of copper and molybdenum (see table 1) and this discovery confirms the existence of a new style of mineralization at Yauricocha. The Company will continue with a drilling program which will allow for a better understanding of the distribution of mineralization.
Alonso Lujan, Vice President of Exploration stated: “We are excited as these drilling results demonstrate the possibility to define a copper – molybdenum porphyry deposit with significant dimensions. The TITAN 24 anomaly areas have shown an excellent relationship between conductivity, chargeability and the orebodies. We have several higher-grade intercepts between 798 and 980 meters and now the objective of our follow-up drilling programs is to define the geometry of the higher-grade core of the porphyry.”
He added, “the discovery and location of the porphyry serves as an important milestone at Yauricocha as it helps us to better understand the magnitude of the district’s mineralization. It also helps us to better relate the recent discoveries of the skarn and breccia orebodies to the location of the porphyry. Breccias and skarn related to porphyry orebodies represent important exploration targets for the Company.”
Igor Gonzales, President and CEO of Sierra Metals commented: “Brownfield exploration continues to be a key part of Sierra Metals’ growth plan. Today’s announcement of a porphyry discovery at Yauricocha supports further growth and development at the Yauricocha Mine and subsequently supports the Company’s overall growth plans in Peru.” 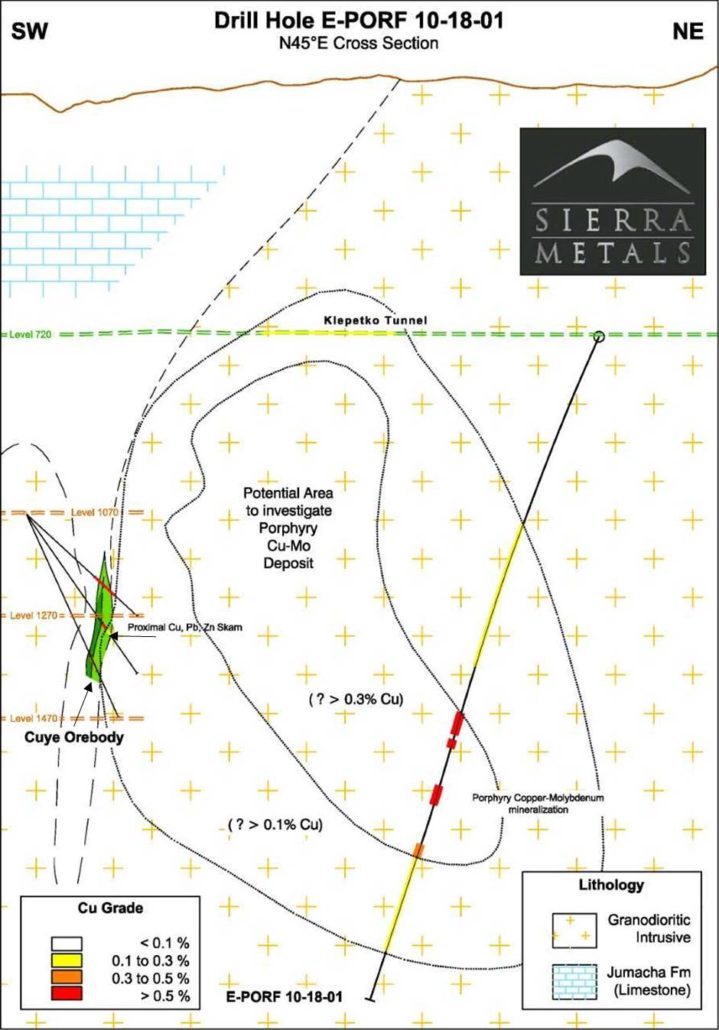 (Toronto, Ontario, November 5, 2018) – Galway Metals Inc. (TSX-V: GWM) (the “Company” or “Galway”) is pleased to report drill results at the Newiska horizon on the Company’s 20,915 hectare, 100%-owned, former producing Estrades Project in the northern Abitibi of western Quebec, Canada. The Newiska prospect is located 8,000m southeast of the former producing Estrades polymetallic deposit (Figure 1 and Figure 2). 8,200m to the west and 2.2 km south of the Estrades deposit, another strong TITAN geophysical conductor that has a remarkably similar signature to the main Estrades deposit was observed.

The previous survey also presented significant mineralisation upside, with the brine appearing to extend laterally to the east and west of the target channel.

Depths to brine were relatively shallow and ranged from approximately 150m to over 400m in thickness across at least ten kilometres through the inspected channel.

The upcoming geophysical work will further increase the company’s understanding of the potential of its brine deposit.

At the time of  the initial discovery Galan chairman, Mr Nathan McMahon, said:

To have identified an area of approximately 10km within our project containing geological units consistent with those saturated with brine, adjacent to significant lithium projects and within one of the most prolific salt flats, gives us great optimism for the testing of our exploration model.”

Exploration is set to commence in approximately 7-10 days.

It is with heavy hearts that we share the sad news of the sudden passing of Jeff Nichols on Saturday, August 18, 2018, after a short and courageous battle against cancer. Jeff has been a vital part of the Quantec family since 2011, and his unexpected and untimely death is deeply felt by all of us at Quantec.

Those of us who had the privilege of knowing Jeff – not just as a co-worker, but also as a friend – will remember him as a passionate and caring person.

Jeff’s love of the outdoors led him to a career in geophysics. After working on survey crews around the world for Zonge Engineering and then Geosystems, a division of Schlumberger, Jeff joined Quantec in a sales capacity. Jeff was very keen about the Geothermal sector and developed new business for the company there. Jeff was an excellent liaison between clients and Quantec operations due to his hands-on knowledge of field geophysics, and this resulted in him being Quantec’s top salesperson for 5 years running.

We will miss Jeff’s wry sense of humour, his love of geophysics, and his passion for life.

SIERRA METALS CONFIRMS NORTHERN EXTENSION OF THE BOLIVAR NORTHWEST OREBODY CONTAINING AN AVERAGE GRADE OF 1.37% COPPER AND AN AVERAGE TRUE WIDTH OF 8.1 METERS AT THE BOLIVAR MINE, MEXICO 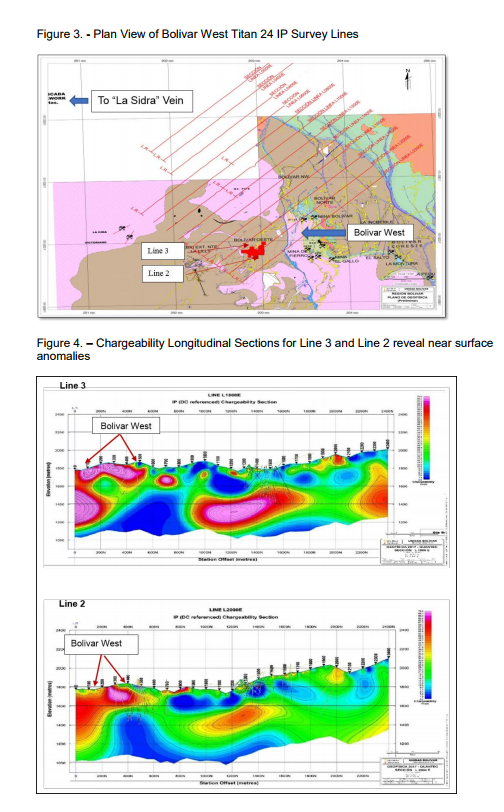 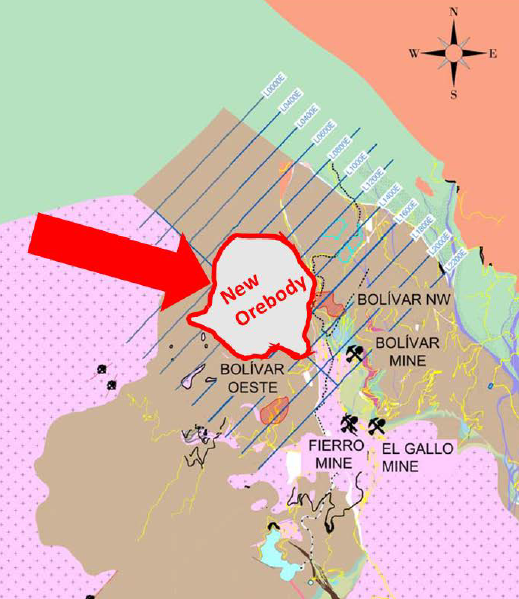