TORONTO, March 27, 2018 (GLOBE NEWSWIRE) — North American Palladium Ltd. (“NAP” or the “Company”) (TSX:PDL) (OTC PINK:PALDF) is pleased to announce results from its winter exploration program on the Sunday Lake Project (the “Project”) located 25 km northeast of Thunder Bay, Ontario. The Project is focused on a recently discovered platinum-group metal (“PGM”) deposit hosted within the Sunday Lake mafic-ultramafic intrusion. The Company entered into an Definitive Option Agreement (the “Option Agreement”) in June 2017 with Impala Platinum Holdings Ltd. (“Impala”) and Transition Metals Corp (“Transition”) (through its wholly-owned subsidiary, HTX Minerals Corporation). The Option Agreement gives the Company the exclusive right to earn Impala’s 75% interest in the Sunday Lake property, with Transition maintaining a 25% free carried interest through to the completion of a Feasibility Study.

“We are very encouraged by the new drilling results at Sunday Lake, which provide clear targets for follow-up programs, including newly defined structural targets, untested geophysical anomalies, and additional drilling on newly discovered PGM mineralization in the centre of the SLI. This project is the most advanced exploration-stage opportunity within our attractive regional property portfolio,” said Jim Gallagher, President and CEO of North American Palladium.

“The discovery of PGM mineralization in the central part of the property, with extensions to the eastern area of mineralization, are very positive developments that open up a much larger area for exploration. We have a better understanding of the controls on PGM mineralization, which suggest that the thicker and higher-grade areas were developed along two major structural trends and are detectable using geophysical data. These new insights are generating additional targets for future drilling programs,” said Dr. Dave Peck, Vice-President, Exploration at North American Palladium.

Geophysical surveys provided critical guidance in the selection of drill targets in the current program, particularly because the Sunday Lake Intrusion (“SLI” or the “intrusion”) is covered by Quetico Subprovince metasedimentary host rocks. The current program included numerous borehole electromagnetic surveys, a new surface magnetic and electromagnetic survey over the northeastern extension target, and the first audio magnetotelluric (“AMT”) survey on the property, over the central part of the intrusion ( Figure 1). Results from these surveys were integrated with previous gravity and magnetic survey data to help guide the selection of the new drill holes. The AMT results were particularly informative and prompted the drilling of hole SL-18-22 in the untested central part of the intrusion.

A total of ten holes and approximately 8,500 metres of drilling were completed during the current program. At this time, assay results for the final two holes testing the northeast extension target are still pending. Drill hole collar locations are shown in Figure 1. Results from the first eight holes completed during the current program are discussed below with reference to the primary objectives of the current program. The analyses reported in this news release were performed by ALS Global in Vancouver, British Columbia. The company’s rigorous internal quality control and quality assurance protocols are described in detail in the current Technical Report for its Lac des Iles mine ( June 2017 – available on SEDAR).

Drill hole SL-18-22 was drilled in the untested, central part of the SLI and targeted the aforementioned AMT anomaly ( Figure 3). This hole intersected 33.2m of 2.8 g/t 3E including 5.9m of 6.8 g/t 3E and 0.67% Cu. A one metre interval from the bottom of this intersection returned 17.5 g/t 3E and 1.48% Cu. The new intersection is located 300m west of the eastern area of mineralization and is associated with a discrete, coincident magnetic-gravity-resistivity anomaly that remains open in all directions.

Positive Results from the Eastern Part of the SLI

Two drill holes, SL-17-18B and SL-18-19 were completed to test for a possible southwestern extension to the PGM mineralization in the eastern part of the SLI. Hole SL-17-18B intersected 35.4m of 2.8 g/t 3E including 18.6m of 4.01 g/t 3E (see table) and 4.9m of 5.32 g/t 3E with 0.63% Cu ( Figure 3). Hole SL-18-19 intersected 11.9 metres of 1.37 g/t 3E including 5.0m of 2.29 g/t 3E. Collectively, these results have extended the eastern area of mineralization by 50-100m to the southwest and toward the centre of the intrusion. Combined with new geophysical survey results, they also highlight an untested strike length of approximately 500m between these two holes. The latter target area follows one of several interpreted northwest-trending structures that appear to be associated with thicker and higher grade PGM mineralization on the property.

The PGM mineralization in the SLI is interpreted to represent structurally-controlled accumulations of magmatic sulfides having high PGM concentrations. The current program has significantly expanded the search area for future drilling campaigns with the delineation of a southwesterly extension to the previously defined limits of the eastern area of mineralization and the discovery of a new area of mineralization in the centre of the intrusion. Recent results provide clear targets for follow up programs, including newly defined structural targets, untested geophysical anomalies, and additional drilling on newly discovered PGM mineralization in the centre of the SLI and in the northern and eastern parts of the intrusion.

Pd, Pt, Au, Cu and Ni assay results for the October 2017 to March 2018 Sunday Lake exploration drilling program. True widths are estimated as being between 80% and 95% of the reported interval lengths.

North American Palladium Ltd. (TSX:PDL) (OTC PINK:PALDF) is a Canadian company with over 20 years of production at Lac des Iles mine, located northwest of Thunder Bay, Ontario. North American Palladium is the only pure play palladium producer in the world. With over 500 employees, Lac des Iles mine features a unique world class ore body and modern infrastructure, including both an underground mine and an open pit mine.

Certain information contained in this news release constitutes ‘forward-looking statements’ and ‘forward-looking information’ within the meaning of applicable Canadian securities laws. All statements other than statements of historical fact are forward-looking statements. The words ‘target’, ‘plan’, ‘should’, ‘could’, ‘estimate’, ‘guidance’, and similar expressions identify forward-looking statements. Forward-looking statements in this news release include, without limitation: information pertaining to the Company’s strategy, plans or future financial or operating performance, such as statements with respect to, long term fundamentals for the business, operating performance expectations, project timelines, tailings management plan, mining method change, production forecasts, operating and capital cost estimates, expected mining and milling rates, cash balances, projected grades, mill recoveries, metal price and foreign exchange rates and other statements that express management’s expectations or estimates of future performance. Forward-looking statements involve known and unknown risk factors that may cause the actual results to be materially different from those expressed or implied by the forward-looking statements. Such risks include, but are not limited to: the possibility that metal prices and foreign exchange rates may fluctuate, the risk that the Lac des Iles mine may not perform as planned, that the Company may not be able to meet production forecasts, the possibility that the Company may not be able to generate sufficient cash to service its indebtedness and may be forced to take other actions, inherent risks associated with development, exploration, mining and processing including environmental risks and risks to tailings capacity, employment disruptions, including in connection with collective agreements between the Company and unions and the risks associated with obtaining necessary licenses and permits. For more details on these and other risk factors see the Company’s most recent management’s discussion and analysis and the Company’s annual information form on file with Canadian securities regulatory authorities on SEDAR at www.sedar.com under the heading “Risk Factors”.

Forward-looking statements are necessarily based upon a number of factors and assumptions that, while considered reasonable by management, are inherently subject to significant business, economic and competitive uncertainties and contingencies. The factors and assumptions contained in this news release, which may prove to be incorrect, include, but are not limited to: that the Company will be able to continue normal business operations at its Lac des Iles mine, that metal prices and exchange rates between the Canadian and United States dollar will be consistent with the Company’s expectations, that there will be no significant disruptions affecting operations, and that prices for key mining and construction supplies, including labour, will remain consistent with the Company’s expectations. The forward-looking statements are not guarantees of future performance. The Company disclaims any obligation to update or revise any forward-looking statements, whether as a result of new information, events or otherwise, except as expressly required by law. Readers are cautioned not to put undue reliance on these forward-looking statements. 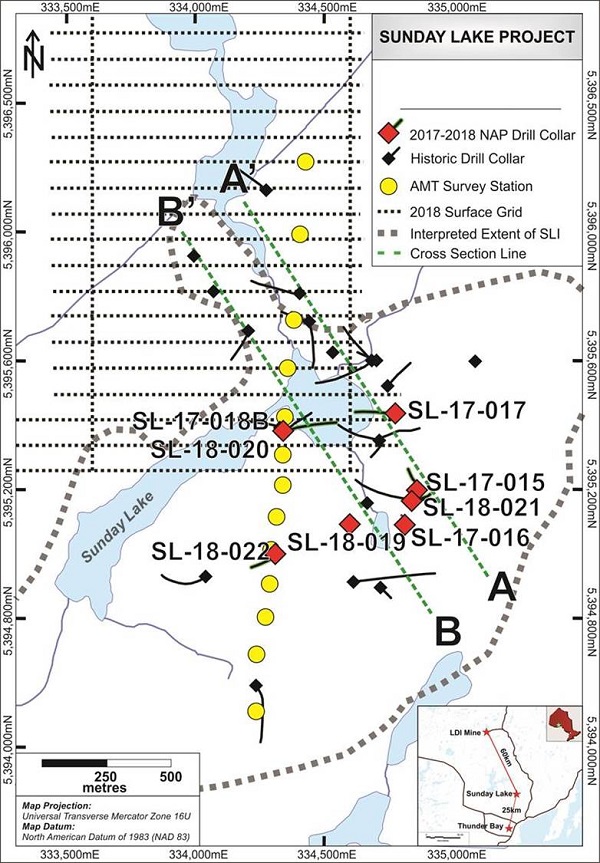 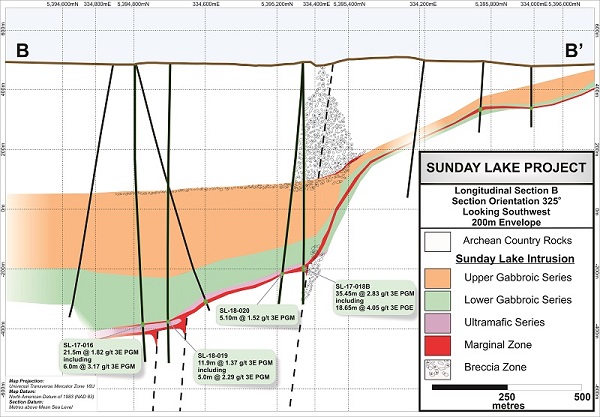