Diamond drilling underway at three new priority targets identified near Kitumba. Targets based on detailed interpretation work that has highlighted a series of IP anomalies hosted in prospective lithologies (Hooke granitoids) and in favourable structural positions. Blackthorn Resources Limited (ASX: BTR) (“the Company”) is pleased to provide the following update on activities at the Company’s 100% owned Mumbwa Project in Zambia which hosts the flagship Kitumba deposit.

Detailed analysis of the Orion 3D IP data collected at Kitumba during July 2012, along with existing datasets (primarily the gravity, magnetics and radiometrics collected during the FALCON™ survey and previous drilling), has identified three prospective targets to be drill tested.

The targets are within a zone of prospective Hooke granitoids and contain a series of structures coincident with chargeability highs , similar to those present at Kitumba. The three high priority targets (Figure 1) will each be drilled with a single angled hole, drilling at 60-65 degrees. The holes have been designed to test the maximum lateral extent perpendicular to the predominant north-south structure whilst also drilling at depth to penetrate the deep leaching as seen in the vicinity of the Kitumba hills.

“In addition to the economic potential at Kitumba identified in the recent PFS, we remain optimistic about potential for further discoveries on the licence area and are pleased to have identified these additional priority targets. These areas are within a kilometre of Kitumba, but if found to be mineralised would represent new and separate mineralised zones.” 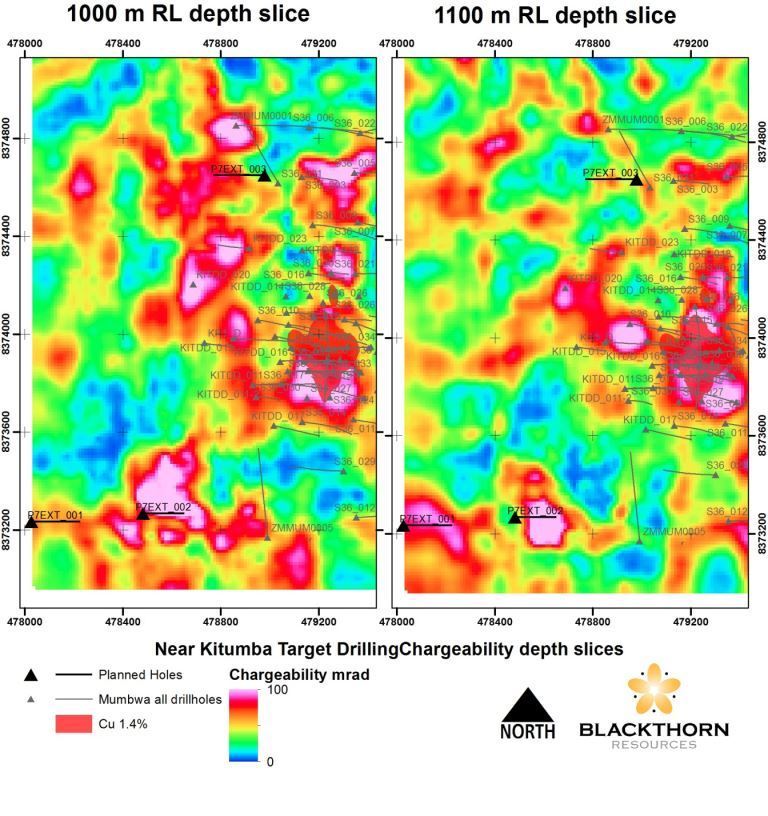