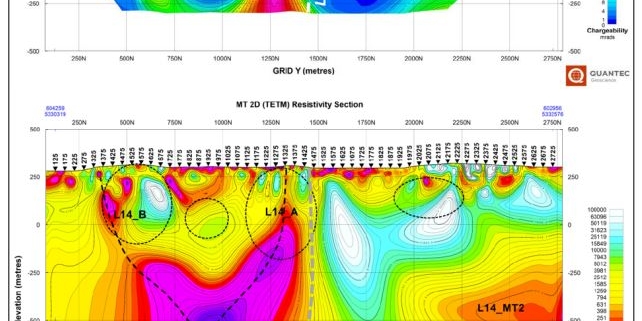 TORONTO, June 11, 2021 /CNW/ – Orefinders Resources Inc. (“Orefinders” or the “Company”) (TSXV: ORX) is pleased to announce the completion of a DCIP-MT ORION SWATH ground-based Geophysical Survey (“Survey”) on its McGarry Gold Project (“McGarry”). McGarry is adjacent to the Kerr Addison Mine that produced approximately 11 million ounces of gold before closing in 1996.

The initial 2-D modeling of the Survey data has shown significant IP (Induced Polarization) and MT (Magnetotelluric) anomalies associated with the Larder-Cadillac Fault Zone between the McGarry headframe and the Barber-Larder open-pit and also at other less explored target areas at McGarry (Figure 1).

“This sort of survey, combining quasi 3-D IP and deep-penetrating MT technologies has never been conducted on McGarry. This approach is aimed at delineating new exploration drill targets that could lead to new gold discoveries on a highly prospective project along the Larder-Cadillac Fault Zone,” said Keith Benn, Orefinders Vice President of Exploration.

The Survey was designed to gather high-resolution data at depth that will be key to identifying ‘under cover’ exploration targets, i.e., potential ore bodies that do not reach the surface. Subsequent 3-D modeling of this geophysical data set along with machine learning applied to all available data for McGarry will allow the Company to prioritize exploration targets for a drilling program later in 2021.