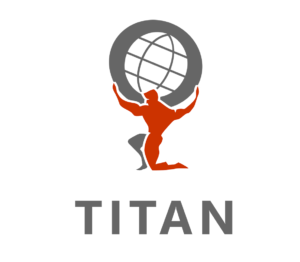 Several survey configurations are available for the TITAN 160.

TITAN 160 MT EMAP measures natural field data from 10,000 Hz to below 1 Hz. array-based surveying allows the complete line of inline dipoles to be laid out and then measured simultaneously.  The line survey line is set-up during the day and then is read overnight, when the natural signals are at their strongest. The survey is now able to capture the full spectrum of frequencies including very low frequencies. By doing so, the sections can now be easily created to depths of 1000 metres and greater.

The layout has a similar configuration to CSAMT without need for a transmitter. The survey relies on measuring inline electric fields as does CSAMT, but does not require that the cross line magnetic sensor is moved down the line because with EMAP, the complete line is put out at once and one magnetic field is simultaneously read for the complete line while the electric fields are being measured.

TITAN 160 MT array profiling provides a valid alternative to traditional CSAMT surveying for rapidly collecting deep detailed high-resolution resistivity images of the sub surface. Whereas CSAMT is generally useful in the top 500 metres  to 700 metres  of the subsurface, an EMAP survey can provide data down past 1000 metres.

CSAMT requires a large motor generator and transmitter to generate the necessary frequency range required to calculate resistivities for the survey. These required frequencies for a standard AMT survey are often not available during the daytime when typical surveys are run and hence the advent of “Controlled Source” – AMT (CSAMT). The transmitter can not be too close to the area being surveyed, because the transmit field will not behave like a natural field that is required for the survey. In addition the survey lines cannot be too far away from the transmitter or else the signal strength of the transmitted field is too weak. Therefore only clusters of lines can be done from the same transmit site. The survey typically requires that the transmitter be often moved. This can be a significant problem where access is an issue as the motor generator is often trailer mounted. 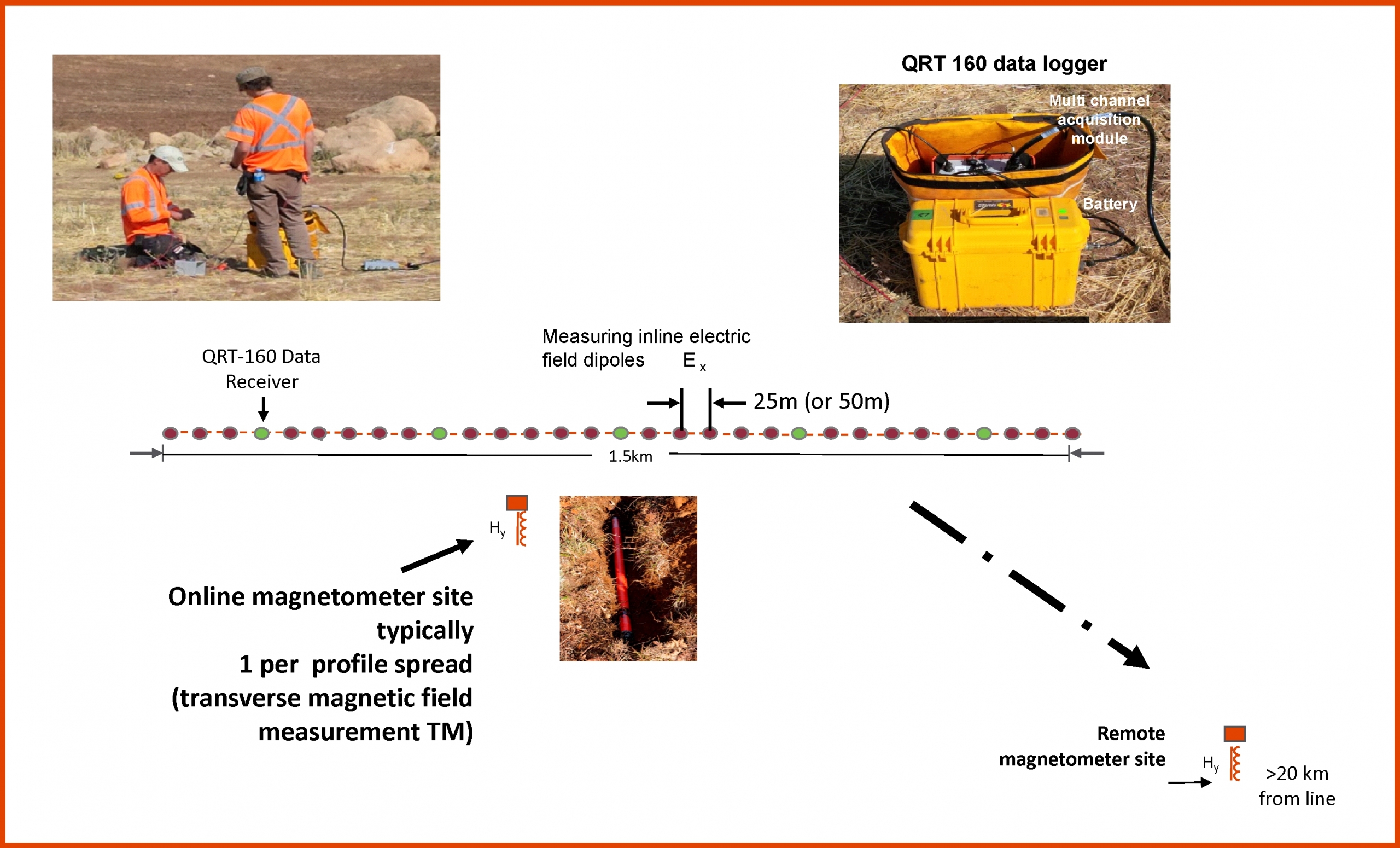 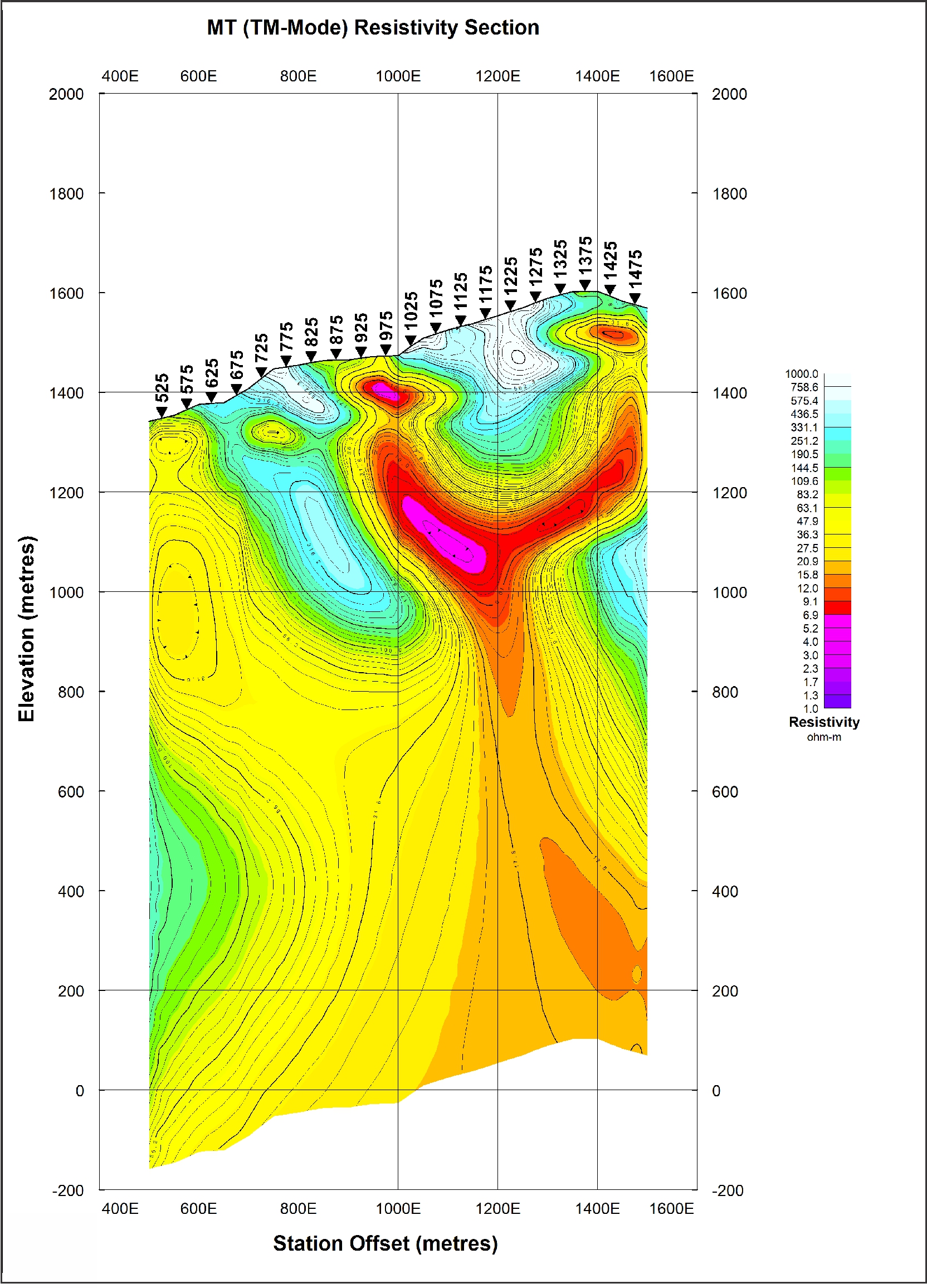 In many cases EMAP , like CSAMT is the quickest approach to obtaining the resistivity image of the earth, however, unknown 3D structure is probably best imaged using the 3D approach of cross line electric field measurements. (TE)

The images below were create from the same data set. A full TE/TM survey had the cross line electrics and magnetics removed and was re-inverted to show the comparison. 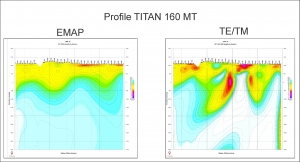